China has four color TV brands claiming to be "China's No. 1"

Not long ago, the dispute over â€œWho is the No. 1 in Chinaâ€™s color TVâ€ has caused the public to see it fall into a haze. 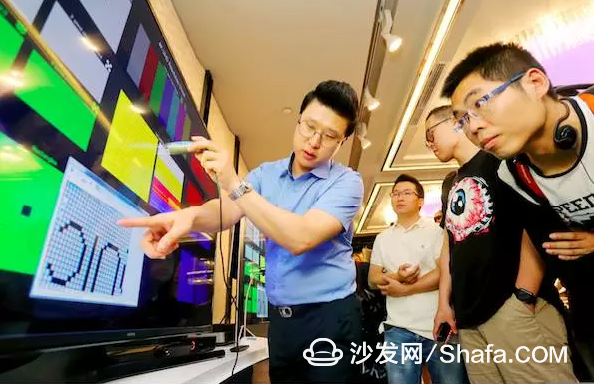 Color TV industry
An Internet brand has been buzzing with April data, claiming that it has successfully topped the color TV leader, not to mention how much the company's figures are watery (the industry has always believed that the data announced by the company multiplied by 0.5 is real data), even if it is pure Dry goods also have no conclusion that "I am the boss." Because, the status of a company is not discharged on monthly sales, it is discharged on an annual sales basis. Even if the company achieves 100 million sales targets this year, it will only be ranked sixth in China's color TV industry. It should be noted that the top five sales of Konka, in 2015 sales are also about 8 million units, not to mention TCL, Skyworth, Hisense annual sales of more than 15 million units.

At this point, China has already claimed four TV brands as "China's No. 1". The earliest one was TCL, followed by Hisense and Skyworth, and now one more, LeTV.

TCL claims to be the first, which means that it is the largest Chinese color TV sales company on a global scale. This industry first had no objections before 2014; however, changes have taken place since 2015. Hisense began to publicize its global sales ranking of color TV sales, which is clearly the face of TCL. What is strange is that in the face of Hisenseâ€™s propaganda, TCL even chose to be silent, giving people the feeling of â€œIâ€™ve recognizedâ€.

In the past three years, Skyworth and Hisense all claimed their color TV numbers first, referring to the Chinese domestic market. Although the two privately do not agree with each other's arguments, each of the two sides said that everything is safe. In recent years, I have been asked by reporters: Why does China have the first TV sales volume? I said that this should be attributed to the fact that the two investigative agencies that have forced them to publish data. The so-called "shrimp shrimp road, crab crab road," each has its own financial road, but the truth is only one.

This time, a survey agency wants to play a balance of results to cause public outrage, the same survey agency statistics out the first two color TV sales, this is a naked fraud! What is ridiculous is that the interpretation given by the company is "different statistical standards." Since the statistics are different, it can only show that your statistical methods are flawed and unprofessional. Or the phrase: There is only one truth.

There are four color TVs in China that are "first in sales", but there is only one in the world and it has never been controversial.

In the past at least ten years, Samsungâ€™s global sales of TVs have remained at the top. How many TV sets did Samsung sell in the past decade? The answer is: 427 million television sets. That is, an average of 42.7 million units are sold each year.

In fact, in the past five years, the average annual sales volume of Samsungâ€™s color TVs is even higher, at about 50 million units, and the highest year in 2014 was rushed to 55 million units.

What is the concept of 50 million units? I give everyone a science app.

The year before last year, I once talked to a CEO of a color TV company who was the problem of Chinaâ€™s color TV boss. I said that you and the XX are competing first for sales of color TVs. Ultimately, no one can convince you because you donâ€™t have enough evidence to prove that you are First, "and this depends on you have not yet established an absolute competitive advantage. If you really throw opponents out of the world, no one dares to fight with you first." I asked him, "You have seen companies competing with Samsung TV. Is it first?"

I say this because I participated in the Samsung SUHD TV Appreciation yesterday and watched her second-generation Quantum TV demonstration.

How about the performance of this second-generation quantum dot TV? I quote two sets of keywords given by Samsung engineers: "This is the TV that is closest to VR", 2. "The picture is comparable to OLED."

You must know that since 2016, VR has become hot, it has provided people with an unprecedented sense of virtuality, and the strongest feeling of this perception is â€œI am on the spotâ€. The theme of Samsung's appreciative event is precisely "feeling, where am I?" This lively sense of the scene, Samsung called it "immersive experience."

As for how hot OLEDs are, I don't need to say anything. Everyone knows how many news reports have been reported this year.

Based on my continuous tracking of LCD TVs for more than 14 years, this Samsung second-generation Quantum-dot TV can be called "the pinnacle of the LCD era." From display performance to industrial design, they are all perfect.

For this reason, I see Samsung's second-generation Quantum-dot TV as "the most brilliant bloom" in the LCD era. Before OLEDs replaced liquid-crystals on a large scale, it was difficult to have higher-than-quantum-dot TV technology.
Looking back, LCD TVs have gone through almost 16 years, and three eras: LCD era, LED era, quantum dot era.

It's not hard to find out with a little care. In addition to the LCD era pioneered by the Japanese company Sharp, the LED era and quantum dot era were created by Samsung. This is why I say "LCD has entered the Korean era from the Japanese era."

It seems that Samsung's dominance of global LCDs for many years is definitely not for no reason at all.

However, I prefer to take a closer look at Samsung's somewhat outdated appreciation. As Samsung stated, now that OLEDs have come out, there are four rumors of â€œLCD is going to dieâ€. Will the future of television be left or right? A unified answer has not yet been formed. Both confused and unwilling consumers, as well as color TV companies.

Samsung has continued to develop sub-point TVs with its own logic. Samsung believes that OLED TVs will not become mainstream products within a short period of time and will continue to be a sub-point of strength, aiming to compete for the indispensable market before the advent of the OLED era. At the same time, it is also time for its own large-screen OLED panel industry.

Not to mention Samsung's view that QDs have a distinct advantage, not only in terms of picture performance, but also as an inorganic material that can enhance TV life.


Turbines consist of runners, turbine boxes, nozzle assemblies, inlet pipes, deflectors and more. The runner is assembled by torque transmission by the shaft and pawn of the generator.
The centerline of the jet is in the same plane as the runner because the uses the dynamic force of the high pressure water stream to rotate the runner and forces the rotor to work while it is rotating.
Turbines have the advantages of dense construction, stable running and easy operation. Small turbines that are usually organized with horizontal shafts and 1-2 nozzles Normal size and larger turbines are most often organized by vertical shafts and 4 or 6 to get more force Equipped on the nozzle.