OPPO / Meizu into the Qualcomm embrace MediaTek this quarter how to do?

According to foreign media reports, Nokia will attend the MWC 2017 conference and will confirm that hardware products will be launched. There are currently four Nokia phones that are exposed, namely E1, D1, D1C, and Z2 Plus. However, according to information disclosed by authorized dealers in Malaysia, Nokia will release 7 mobile phones this year.

The PPT released by Malaysia's authorized distributor Avaxx showed that Nokia's new machine will debut before Q2 2017. It is expected to have 6 to 7 models throughout the year, covering entry to high-end flagship. 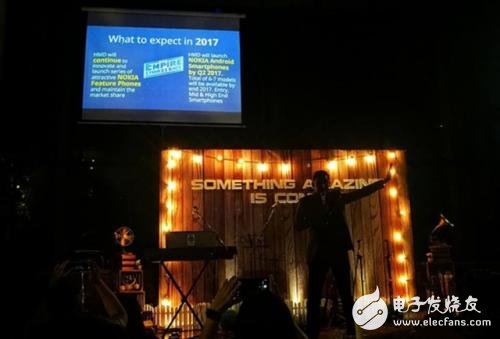 At present, the exposed Nokia devices are E1, D1, D1C, Z2 Plus, etc. It seems that there are still mysterious new products yet to appear. As far as the information is available, E1 may be a cheap machine (éªé¾™200), while D1/D1C is the mid-range product of the Snapdragon 400/600 processor, and the Z2 Plus is expected to carry the Snapdragon 835.

Although Nokia officially did not respond to the rumors of mobile phones during the current period, Nokia users are indeed looking forward to full. PhoneArena launched two voting on the Internet: one is the purchase intention, and the other is Nokia's new UI view based on Android customization.

In terms of purchase, nearly 40% of people think that they are looking forward to returning for a long time, should start in the first time, 51% of people are more rational, said that they need to see if Nokia's new products have dry goods, and finally 8% of the performance is not agreeable," No one cares about this brand..."