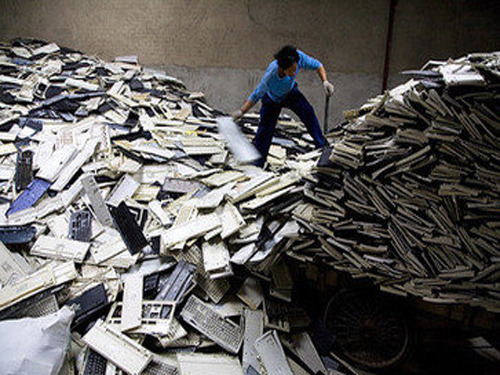 Studies have shown that one ton of circuit board contains 40 to 800 times more gold than a ton of gold ore. In addition to gold, used electrical and electronic equipment also contains precious metals such as silver, copper, and palladium, which are more valuable resources than ores. The potential high interest has prompted a rapid expansion of an underground industry that thrives on dismantling and extracting waste electrical appliances.

A few days ago, investigations in Hebei and Guangdong have found that the potential high interest has prompted a rapidly expanding underground industry that dismantles and extracts waste electrical and electronic equipment to form a complete and mature underground industrial chain with an output value of at least 100 billion yuan annually. . At the same time, due to lack of effective protection and environmental protection measures, heavy pollution of air, water, and soil has been caused, and various bottlenecks have been encountered in the process of exploring circular economy management methods. "Economic Information Daily (microblogging)" today launched the electronic waste management black hole, the next article, in order to explore the governance of the underground industrial chain.

From Beijing to Hebei and then to Guangdong, there is a hidden underground e-waste industrial chain. The rapid expansion of this industry has only absorbed 300,000 practitioners in Beijing. The gold production from the deep dismantling of Guangdong Guiyu has accounted for 1/20 of Chinaâ€™s total gold production, and has even affected the trend of international gold prices. The underground e-waste recycling and dismantling network throughout the country has caused heavy pollution to the air, water bodies and soil. It urgently needs attention from related departments.