Telepresence robots, as the name suggests, allow users to view and perceive the environment in which robots are located in remote locations. In space agencies, research, and military applications, such devices have emerged that bring immersive experience to researchers and soldiers, but these high-end devices are expensive, and don't think about millions of dollars. While telemarketing robots in the consumer market (such as Double or Beam) are less expensive, the experience they bring is poor â€“ just the video stream that is transmitted to your display. 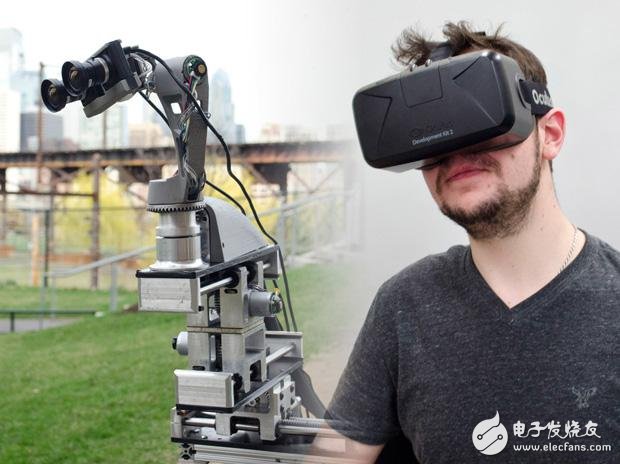 Now, a team of robotics experts from the University of Pennsylvania is using affordable sensors, actuators and virtual reality technology (Oculus Rift) to build a platform that offers users a reasonably priced system that rivals high-end telepresence systems. . The system name is DORA (Dexterous Observa TIonal Roving Automaton portable observation automaton). The system accurately tracks the movement of the person's head and transmits the corresponding motion to the robot connected by the signal, and then the person can obtain an immersive experience based on the feedback from the relevant sensor configured on the robot. Their goal is to allow users to remotely control the robot and even let the user forget that they are not on the scene.

When you wear a virtual reality device like the Oculus Rift, you get into a virtual world. And as the system tracks your head movements in near real time, software updates can refresh your screen at speeds faster than you can perceive. As far as I can feel, this system works very well and can almost instantly immerse in such a scene.

However, if all the components in the system do not work together perfectly, it will have a huge impact on the experience. It can even make you feel dizzy when you are bad. Because our glasses, inner ear, and brain have strict standards for real experiences, when our various receptors do not match, it will cause serious disagreements to the brain, causing discomfort. So we need to know what kind of sensing is right and appropriate.

This is also the reason why the remote real-life experience is difficult to achieve, because the delay of signal transmission must exist, we can only make the experience as perfect as possible. So the problem to be solved is not only to design a robot that can accurately track your head movements, but also to let the information sent back by the robot fool your brain so that you can present an immersive real experience. In order to achieve this goal, you need something complicated, which is where the DORA system tries to succeed.

â€œDora is based on a basic human experience â€“ that is, the perception of the world through visual and auditory stimuli, and the use of this approach to achieve interpersonal interactions while ignoring subtle cues. At its core, the DORA platform explores The problem that arises when a person is in a scene and how one's presence affects other people in the space."

Yes, they are saying that.

The Oculus head uses an IMU (Inertial Measurement Unit) to track motion and an infrared beacon to determine motion position. The resulting position data is then sent wirelessly to the Arduino or Intel Edison microcontroller mounted on the robot, and the robot reacts based on the received signal: pitch, move, turn, flip, and so on. 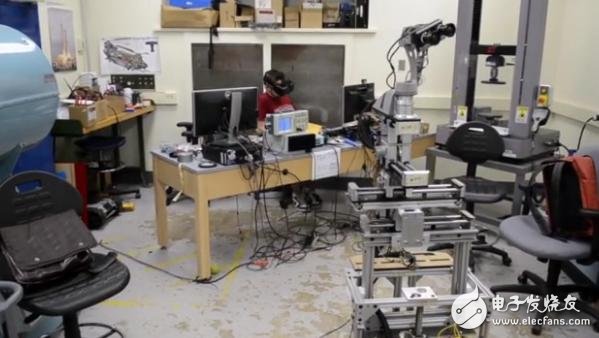 Each camera at DORA can return 976 x 582 video data at 30 frames per second. Of course, this parameter has lower resolution and refresh rate than Oculus can handle. This is mainly because DORA is still a prototype system, and some reservations are made in signal processing. Even if the researchers upgrade the camera later, the whole system can handle it.

For such a system, latency is one of the biggest problems. As you move your head, you can anticipate how the scenes that enter your field of view will change. If the delay is too large, it may cause dizziness and nausea.

With a virtual reality system like Oculus, the sensor must be able to measure your head movements and send data to your computer, then your computer must calculate the changes in your field of view and present the corresponding scenes to yours. In front of you. Oculus has cited the conclusions of virtual reality research that "a delay of 60 milliseconds is the upper limit of acceptable virtual reality... and when the delay is less than 20 milliseconds, the delay becomes undetectable."

The main challenge facing DORA is not just the issue of wireless network connectivity, but also the motion limitations of mechanical components. The creators of DORA say that in a typical usage scenario, the system has a latency of 70 milliseconds. The team acknowledges that this is still too high, but it is not completely unacceptable, and we expect to see more optimization in the future. 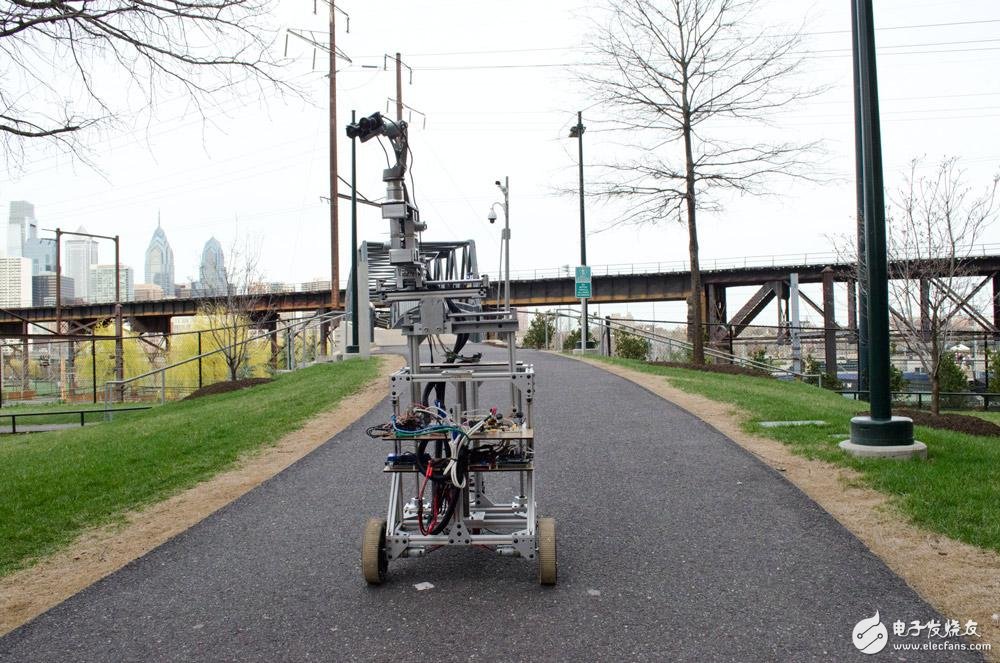 Currently, DORA relies on a wireless link to connect to a working range of 7 kilometers. This is the purpose of the DORA design, but if you want to apply this system to a remote museum or remote control platform, it is obvious that the connection will be transitioned to a WiFi or 4G network. This in turn brings additional delays, but the DORA team hopes that with the improvement of the wireless infrastructure, DORA will be accessible further afield in the future.

The DORA team leader, Vijay Kumar, a robotics professor, said that they have tested the system on 50 volunteers, and only three of them reported some degree of sports discomfort, but this is typical of the Oculus scene. Give them the same feeling.

I myself (the author) have not tried the DORA system, but Emre Tan?rgan, a member of the team, described the telepresence of telepresence:

â€œYou feel that you are being sent to another place in the real world, not in a virtual environment. In fact, you can see people interacting with you as if they were there, and now they are going from virtual scenes. It's still difficult to achieve the same experience. You can say that the real-time computer image used by virtual reality will soon catch up with the real world, but there is another difference that the feeling brought by DORA is completely live. Another system like this There is also inherent unpredictability, unless you have been there, or you can't know what you will encounter."

The team told us that they will carry out some fundraising activities and will officially launch some products, but the team has not yet come up with a practical plan. Its early application market may include relative control, semi-structured environments such as museums, and some emergency response systems; of course, interested players are also one of the target markets, and in fact this is where I am most interested.

Telepresence companies like Suitable Technologies are already testing telepresence experiences like museums. With DORA, you can get a similar experience, and you can feel the immersive feeling, not just watching the dynamic images displayed on the screen. Of course, the current system is not comparable to the real scene, but DORA reveals the direction of the future, at least we are not far from that day.

[Easy to setup]Wall-mounted or put on flat place