[Text|High-tech LED reporter Zhao Hui] The battle for Wu Wangâ€™s battle has spread from the control of NVC lighting to the lighting O2O platform. Although Wu Changjiang seems to have regained all-round defeat, Wang Donglei under the control of Dehao Runda and NVC lighting are still preparing to completely block the last thought of Wu Changjiang's re-launch of O2O.

The industry believes that this move does not rule out the counterattack that Wu Changjiang and some of the NVC dealers intended to create lighting O2O.

As early as October 26, Wu Changjiang held a WeChat conference in a WeChat group mainly composed of NVC lighting secondary dealers, announcing that it was preparing to build an O2O platform for building materials e-commerce in a similar crowdfunding manner, and called for NVC. The secondary dealer of lighting joins his e-commerce program.

On November 3, Wu Changjiang introduced his plan again. He said that as early as more than a year ago, he was planning this matter, and his vision was to innovate the current NVC marketing operation system. The O2O platform envisaged will integrate domestic lighting, flooring, painting and other building materials industry products, relying on the physical stores of secondary dealers around the world to form an online and offline interaction pattern. 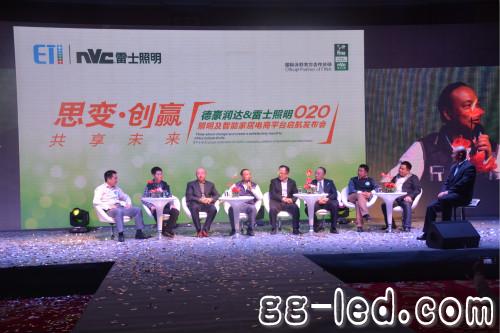 â€œOur confidence comes from a strong â€œproduction, supply and marketingâ€ integration system. Not only that, we also have a developed marketing network, and LED products cover a full range of engineering, commercial, indoor and outdoor lighting and scene lighting. Currently, NVC Lighting has 37 operation centers across the country, and more than 3,000 retailers, coupled with a strong logistics distribution system, with today's official launch of the DHL and NVC e-commerce platform, Dehao Runda and NVC Lighting will To build China's first O2O lighting and smart home e-commerce platform empire, become the value benchmark for China's O2O lighting and smart home e-commerce platform." Wang Donglei made a high-profile appearance at the press conference. 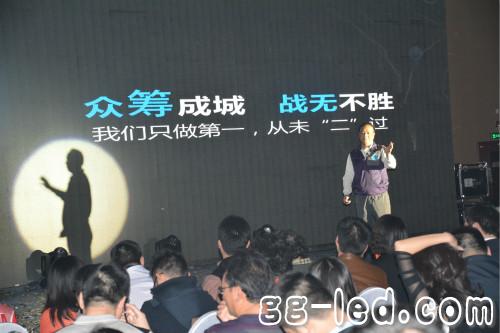 It is understood that the platform not only integrates Dehao smart home and NVC lighting business, the two companies organically integrate the O2O platform through online and offline.

However, just in the evening of November 13 of the previous week, Dehao Runda issued a notice saying that the company decided to terminate the planning of asset integration.

For the reason for terminating major events, Dehao Runda gave an explanation that during the planning of this major event, NVC Lighting had a dispute with NVC Lighting's former director and CEO Wu Changjiang. In mid-September and early November 2014, Wu Changjiang was found to have caused violations of the guarantees to reduce the book cash of NVC Lighting, which seriously affected the ability to pay for asset integration.

On the 11th of November, Wang Donglei also said in an interview with the media that the LED lighting business of Dehao Runda will be fully integrated into NVC Lighting, thus focusing on small appliances and chips business. In the future, at least 90% of NVC's chips will be sourced from DHL Runda; in addition, SAIF Asia Investment Fund will focus on financial investment and may sell its stake in NVC.

At the press conference on the day, Wang Donglei revealed that O2O has been implemented, the tracking of products has been two-dimensional coded, and the e-commerce platform has developed qualitatively.

Some veterans who are not willing to be named in the industry said that the future of lighting 020 business should be a good development direction, especially for companies with brand influence such as NVC, but if the coordination is not good, the distribution of interests of online and offline dealers will be Not only does O2O not do well, it will also cause the collapse of the original distribution system. Especially after the NVC storm, the dealer system has been facing a great test.

â€œDehao Rundaâ€™s push of O2O is optimistic about this business, and it is not excluded that it is aimed at the previous Wu Changjiangâ€™s intention to unite some NVC dealers to create an O2O lighting platform.â€ The above believes that Dehao Runda Wang Donglei is now basically Full control of NVC, this action can be said to completely poison the idea of â€‹â€‹Wu Changjiang's resurgence.

From a business perspective, the Dehao Runda LED business has experienced so many years of development, but has been making poor progress. According to the third quarterly report, Dehao Runda has 92 MOCVD equipment, but only 59 units have been commissioned and 13 units have been used for R&D; the rest of the equipment is in the process of installation and commissioning.

The data shows that Dehao Runda's operating income in the first three quarters of 2014 was 313.939 million yuan, an increase of 38.29% over the same period of last year. The net profit after deducting non-recurring gains and losses was -20.506 million yuan. The third quarter loss was 2,542,400 yuan.

In the secondary market, on November 14, Dehao Runda announced the termination of the integration of NVC lighting related LED lighting assets. On the same day, Dehao Runda's share price fell by 3.68%, on November 19th, when the O2O platform was launched. The stock price of Dehao Runda was stimulated by this favorable day to close the daily limit.