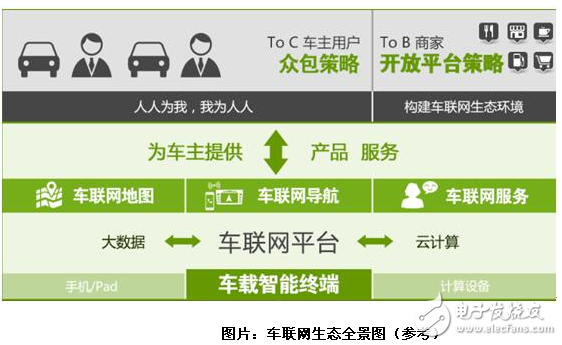 Different from foreign countries, the earliest car network in China started with the automobile aftermarket, and the car connection form was settled with various kinds of hardware, such as: smart rearview mirror, driving recorder, etc. Mainly based on Android architecture. Many solution providers are more whimsical, adding entertainment, video, social interaction and other functions that affect driving safety to the product. There are thousands of enterprises producing intelligent rearview mirrors in China. After several years of development, systems, solutions, mold parts and assemblies have formed a relatively complete chain. One assembly line seems to be able to prop up a brand of smart rearview mirrors. . Judging from the sales data and price of a certain cat, the car network with the smart rearview mirror as an ideology seems to have become a chicken rib, losing the value and significance of the Internet of Vehicles! Or, it is not really a car network.

In the past few days, a piece of news that â€œthe Shenyang Municipal Government and Shenzhen Dudu Smart officially signed a strategic cooperation agreementâ€ seems to have smashed the circle of friends in the car networking industry. The general content of the news is that the Shenyang Municipal Government and Dudu Smart officially signed A strategic cooperation framework agreement for building a â€œsmart cityâ€. In the past few days, from the content of various media attention and reports, the government and Dudu Intelligence have mixed in the interest in building smart cities. But no matter what, the essence is to solve the traffic congestion in the city and the public travel problems of the citizens.

According to Dudu Intelligent's official website, it is the only company that builds from the solution, system, cloud data, product development and production, and ecological chain. At least from the perspective of its construction investment and system research and development, it is called A true car networking company. And how does the car networking company play a huge role in the construction of smart transportation?

The smart transportation under the real Internet of Vehicles is to aggregate all kinds of information transmissions to the central data processor, analyze, process and remotely control a large number of vehicle terminal information through cloud computing technology, data measurement and control and other technical means. In order to calculate the best route for different vehicles, and report the road conditions and arrange the signal cycle in time. According to the relevant departments, Dudu Intelligent seems to be promoting related matters with the relevant departments of Shenyang Smart Transportation!